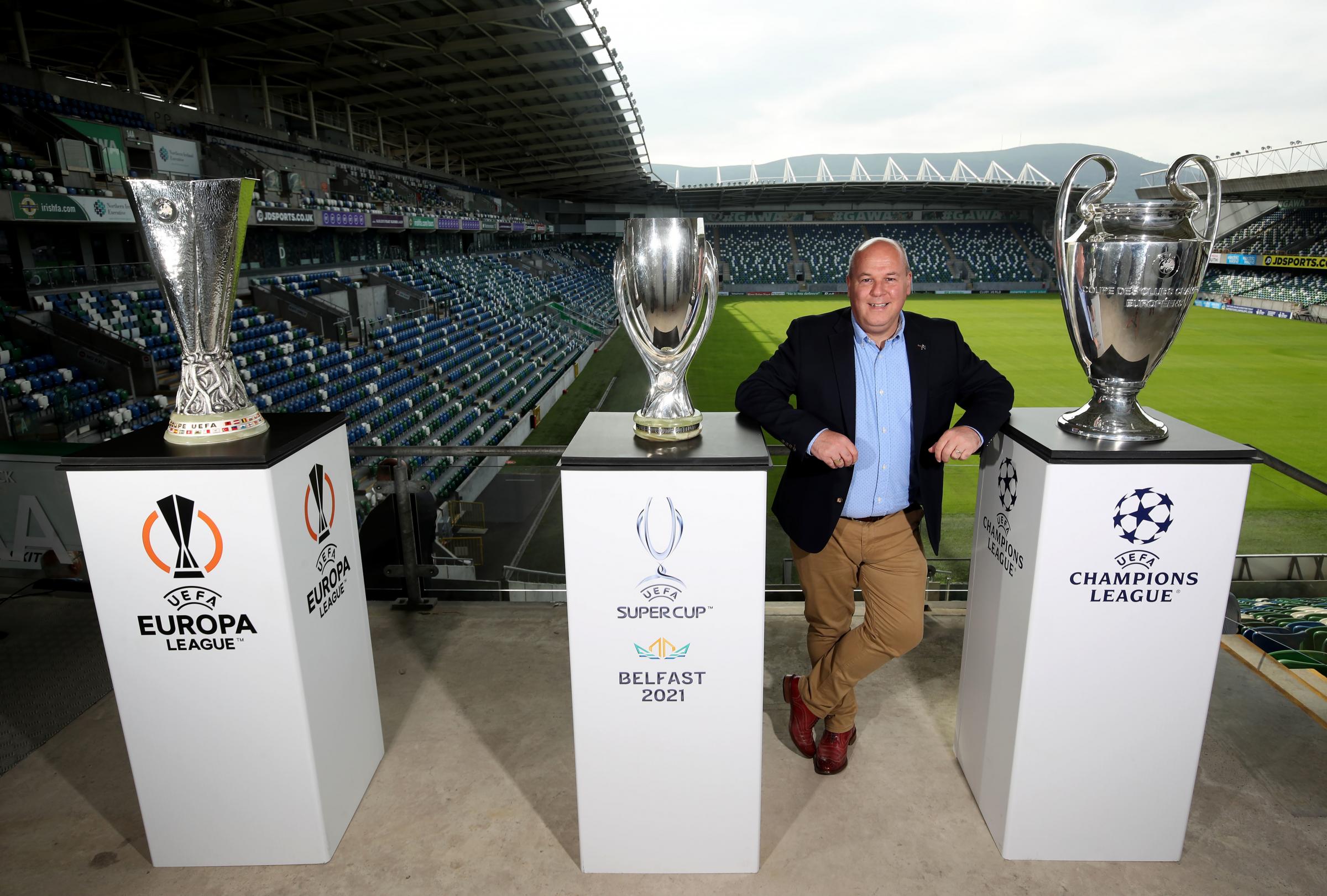 Fermanagh and Western Football League chairman Neil Jardine has been appointed to First Deputy President of the Irish Football Association after he was elected to the role at a meeting of the Irish FA Council held at the National Football Stadium at Windsor Park last Wednesday.

It is the latest accolade for the well known football administrator who is the first man from Fermanagh to hold the position which could see him eventually become President of the IFA.

Neil will serve a five year term as First Deputy President under newly elected President Conrad Kirkwood and admits that stepping up to the top role would be a “natural progression”.

First of all, though, he expressed his delight after being voted into the key role in football in the province.

“It is an honour to be elected to represent the country and the Fermanagh and Western football area. The Fermanagh and Western is the smallest association at the IFA and it can only be good for here to be represented at this level of the IFA. My role will be to support the President over the next five years and improve the game for all who play it at all levels.”

Neil did not rule out going for the top job in five years but cautioned there is much to consider.

“The President’s role is a major commitment and in five years I intend to still be running my own business and much can change in five years, but yes there is a natural progression to move from Deputy President to President. We will see but primarily I want to get started in the new role.”

This is not Neil’s first time to hold high office at the IFA and he served as treasurer between 2007 and 2011 before the role was discontinued following a change in governance in the IFA’s structures. He has been in football administration for the best part of 40 years, starting with the Fermanagh and Western in 1988, he has been chairman of the Fermanagh and Western League since 2011, secretary of the Association since 1996 and previously served as secretary of the league between 1996 and 2009.

Neil does not see his new role affecting his Fermanagh and Western commitment as that is effectively his mandate to govern at the IFA.

Neil is also a member of UEFA’s Hat-trick committee and is undoubtedly an experienced administrator.

He is looking forward to some key challenges in his new role.

“One of my jobs will be to be with the Northern Ireland U21s as head of delegate for all their games and they have a qualifying campaign coming up, so I am looking forward to that.

“Then there is World Cup bid for 2030 that all the home nations are considering and that will be decided at a FIFA congress in 2024.

“Elsewhere it is about trying to get Northern Ireland qualified for another finals and making sure as administrators that we move the game of football forward in the province,” enthused Neil.