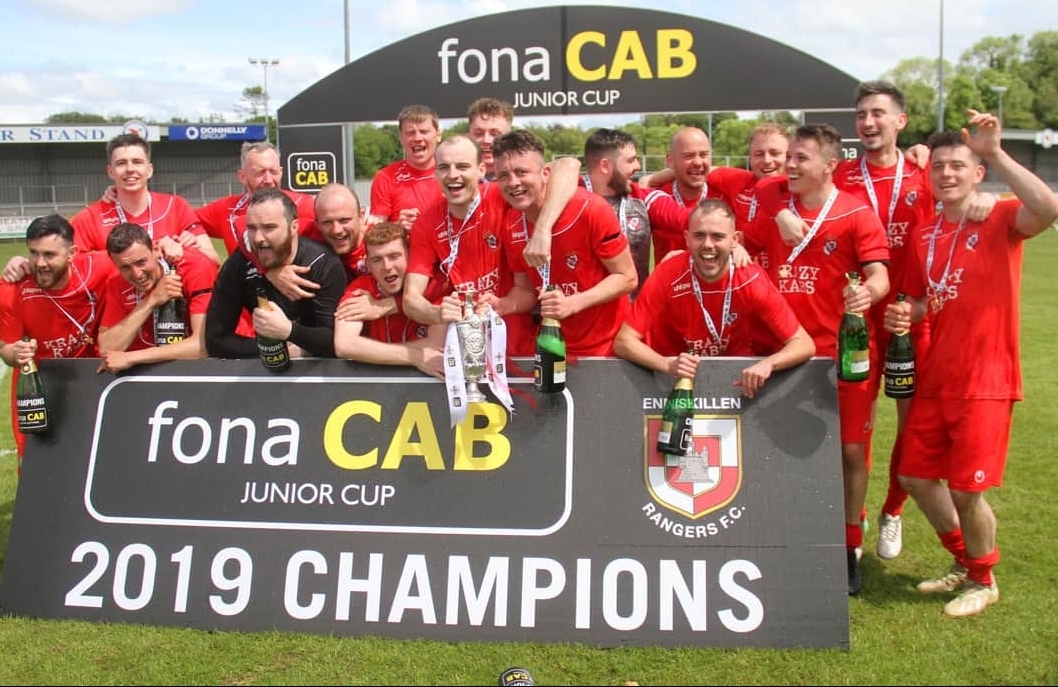 Enniskillen Rangers will tonight try to create history when they attempt to become the first club to win the Irish Junior Cup for the fourth time in a row. Immaculata and Harryville Homer's along with Rangers have won the trophy 3 times in succession. Standing in their way tonight in the final is west belfast side Willowbank FC.

Tonight's final will take place at Portadown FC's Shamrock Park, kick off 745pm. Billed as the best junior side in the West against the best in the East, the final should be an exciting game between these two evenly matched sides.

Enniskillen Rangers has dominated the biggest Junior competition in Northen Ireland  over the past 3 years and are favourites to lift the trophy again. Michael Kerr's side has evolved over the season after losing 3 key players from previous campaigns in triple winning Captain William Burleigh, David Crozier and keeper Jerome Carleton. On their route to the final Rangers have faced some excellent sides. In Round 1 they easily dispatched of Colin Valley 5-0. After a bye in the next round , they faced a tricky tie away to leading mid ulster side Caledon Rovers in the third round, escaping with a 3-2 victory. It didnt get any easier in the fourth round with the long journey to Portavogie Rangers. Having played them in previous years Rangers knew what to expect and with a controlled performance came away with a well deserved 2 nil victory. With a home draw in the fifth round, they thumped Immaculata II 6-0, setting up a Quarter Final tie against the highly fancied Dervock side from the Coleraine and District league. The holders showed their class and experience and put in a great performance to defeat the north antrim men 4-0. In the semi final Rangers faced old foes Bessbrook United, a repeat of last season semi final. After a scoreless 1st half Rangers turned the screw and ran out comfortable 5-1 winners.

Willowbank have dominated Junior football in recent years in the greater belfast area, winning every trophy available, except for the Junior Cup. Last season they lost narrowly to Tummery Athletic in a tight semi final and this season their goal has been to make amends and lift the only trophy to elude them. A mix of ex Irish league players plus talented youngster from their excellent youth set up,  Willowbank have been steadily building towards this point in recent years. 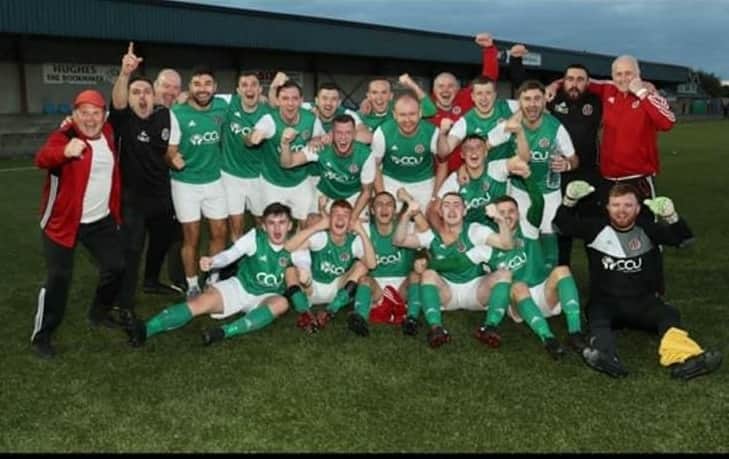 Their route to the final hasnt been easy. In the first round they had to travel to lurgan to take on reigned mid ulster champions Hill Street in the tie of the round. An eye catching 7-0 victory signalled their intention for the competition. A comfortable 7-3 victory over Dundela reserves in the second round put them third round where they met their 1st Fermanagh and Western side of the season, Magheraveely in Clones. In a tight encounter the visitors came away with a 3-1 victory. In the fourth round Willowbank were again on their travels, this time to leading Coleraine junior side Heights. A narrow 1-0 victory set up a home draw against Newmills in the fifth round, who were easily defeated 5-1. In the Quarter Finals Willowbank faced their 2nd Fermanagh and Western side, Irvinestown Wanderers at home. In an entertaining game the host took the victory with a 3-2 scoreline. A third Fermanagh and Western side awaited Willowbank in the Semi Final NFC Kesh. A goal in each half gave Willowbank the victory and a place in their 1st ever Junior Cup Final.