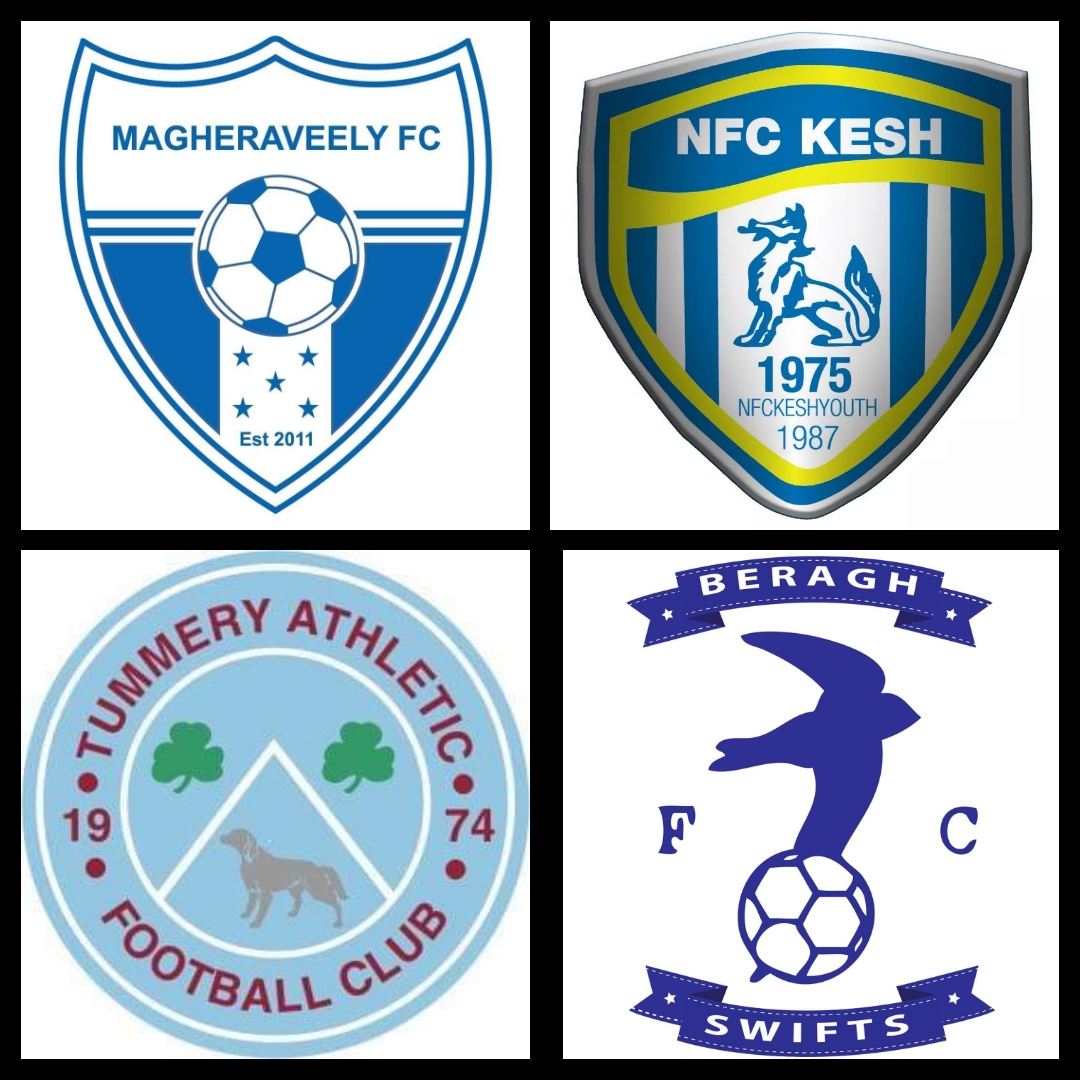 We are down to the final four in this years Mulhern Cup, the premier competition run by our association.

With alot of the 'Big Guns' Enniskillen Rangers, Enniskillen Town United, Lisbellaw United and Strathroy Harps exiting in the early rounds of this season's competition there were a few surprise sides reaching the latter stages, which is always good to see.

Ballinamallard's superb Ferney Park, again plays host to both semi finals this week. On Wednesday night Magheraveely take on NFC Kesh in the 1st semi final at 730pm, in what will be an intriguing match. This is the first time Magheraveely have reached this stage and after been crowned Division 2 Champions in the past few weeks, they will be in confident mood of causing an upset against their Division 1 opponents. After receiving a bye in the 1st Round, Magheraveely defeated Lisbellaw United at Drumad 4-2 in the 2nd Round, before defeating Maguiresbridge 2-1 in the Quarter Finals at the Peace Link, Clones in a tight match. 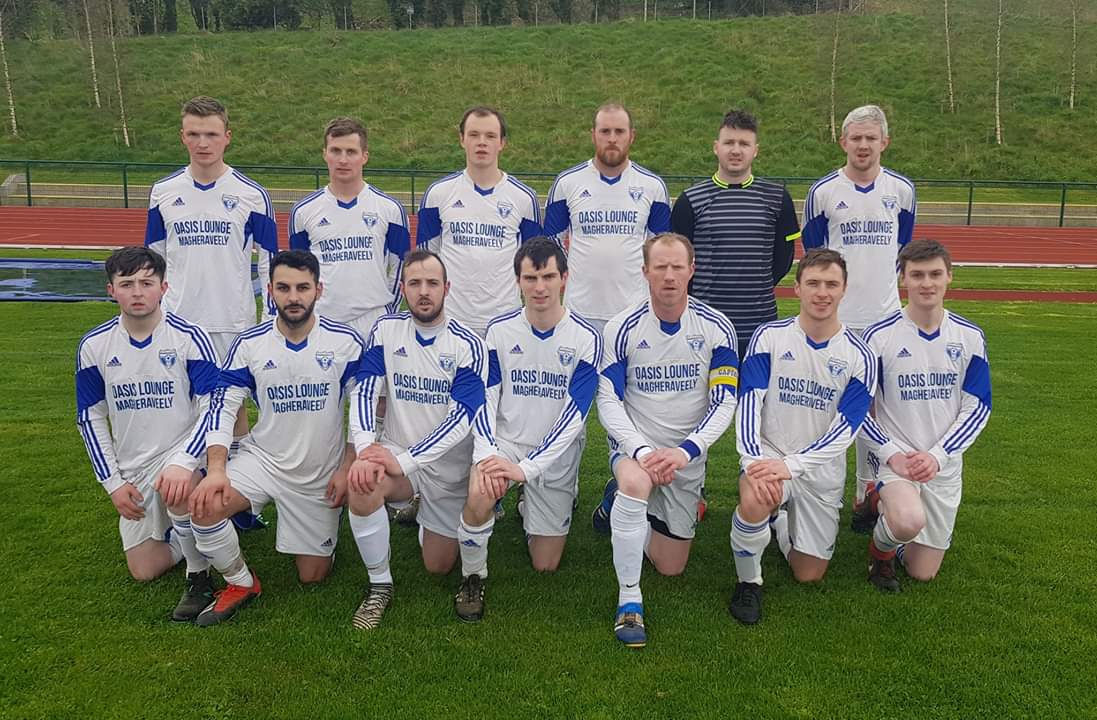 NFC Kesh last seasons Division 1 runners up, started the season flying winning their first four match before they went through a period of 5 weeks with no matches due to 'free Saturdays' been called by teams meant to play them. This had a negative effect on the team and affected results, which caused NFC Kesh to be dragged into a relegation battle, which noone expected. However, in recent weeks NFC Kesh class has told, with a string of good results to help drag themselves to near safety. In the cup they required penalties to defeat neighbours Lisnarick in the 1st round, before impressively defeating Division 3 champions Mountfield 4-2 away from home in the 2nd Round. In the Quarter Finals they dispatched Enniskillen Rangers conquerors Lisnaskea Rovers 5-1 in impressive style to earn their place in the Semi-Finals. 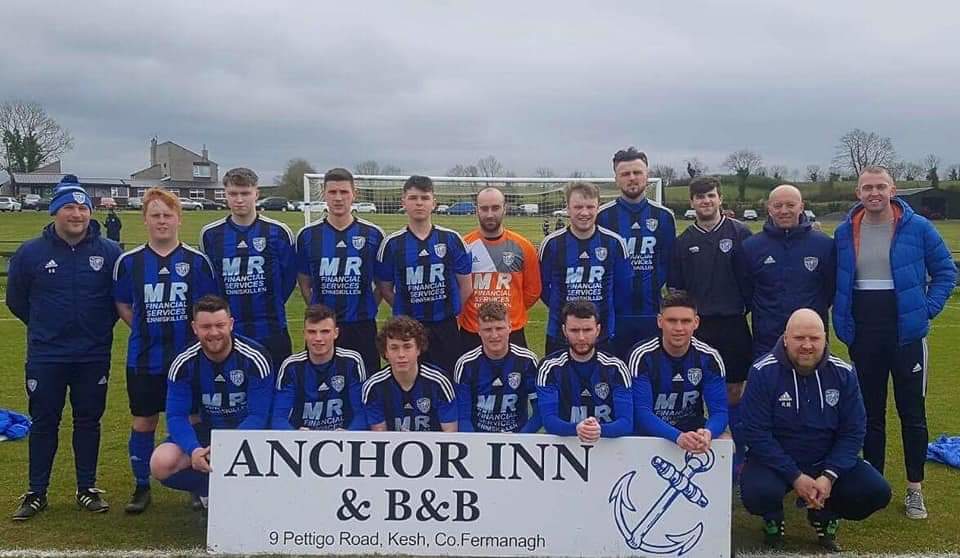 Kesh will be most peoples favourites to progress in this match with highly experienced and talented players such as Nigel Beacom in defence, Ryan Morris & Lee Walker in midfield  and the dangerous Mark Jones and Josh Flack up front. They will however be missing one of their key players in the form of Alex Holder who is suspended. Magheraveely do have the players to cause an upset though. With Paul Elliott in defence, Joseph Williamson and Dean Connolly in midfield and Enda Hessin and Ronan Stirrat up front up, they shouldn't be taken lightly.

On Thursday night the current holders and favourites to retain the trophy Tummery Athletic take on Beragh Swifts which no doubt will be bruising encounter with very little to separate the sides. Tummery are having a wonderful season under new manager Gerry Love, reaching the final of the Irish Junior Cup for the 1st time, currently unbeaten and sitting in 2nd place in Division 1 and reaching the semi finals of the Mulhern Cup again. After hammering Glebe United 13-0 in the 1st round, Tummery had a harder match against Ballinamallard United Reserves in Round 2 winning 2-1, before defeated neighbours Irvinestown Wanderers 3-2 in a titanic battle in the Quarter Finals. 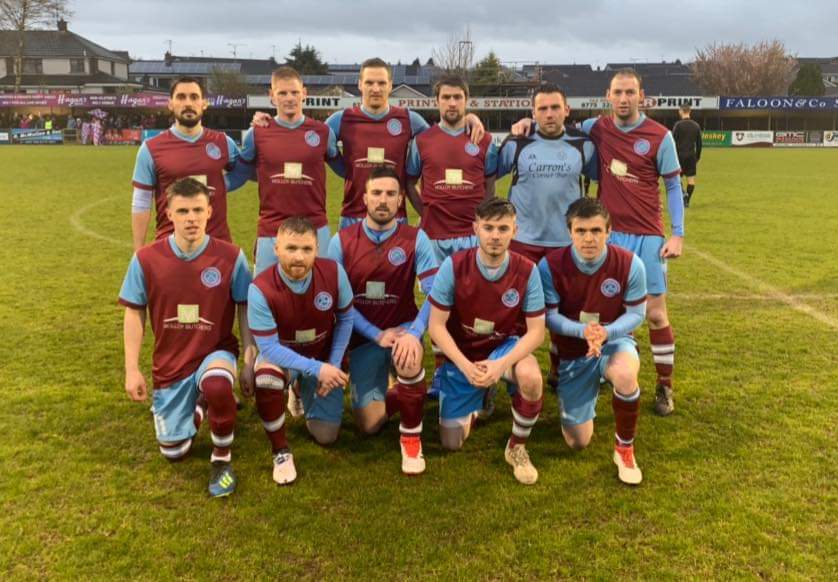 Beragh Swifts a team many predicted would be a top 6 finisher in Division 1 had a poor start to the season losing narrowly on many occasions, however a change of manager at the turn of the year has seen fortunes change and are one of the form teams in Division 1, winning 5 out of their last 7 matches. Beragh are no strangers to the latter stages of this competition having finished runners up to Strathroy Harps 2 seasons ago. They defeated Drumquin United 1-0 in the 1st Round, before defeated Enniskillen Town United 2-1 at home in the 2nd Round and a stubborn Omagh Hospitals side in the Quarter Finals. 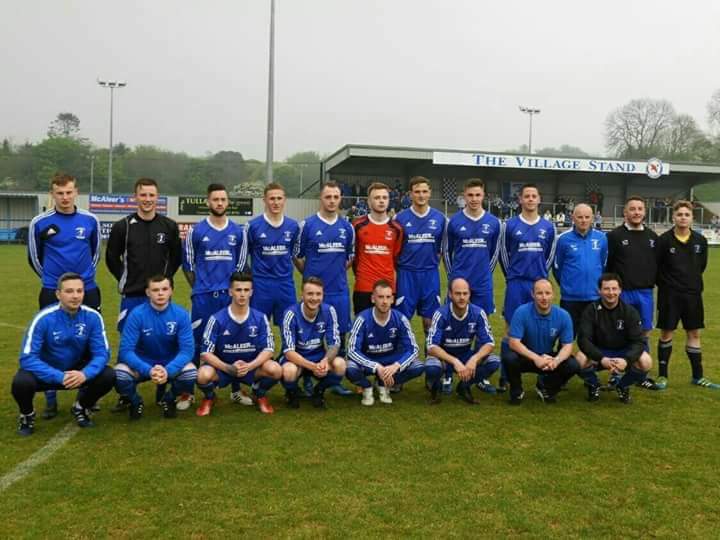 A few weeks ago everyone would have looked at this match as a straightforward victory for Tummery Athletic, however with the form Beragh Swifts are in this match will be alot tighter than many anticipated and could go either way. Tummery have shown this season they are one of the best Junior sides in the country with players such as Blane Campbell in defence, Ryan Hanna & Cathel Beacom in midfield and the lethal strikeforce of Aidy McCaffrey and Rauiri Sludden up front all in good form, they will be a hard side to stop. Beragh Swifts have plenty of experience and talented youngsters spread across their side, such as Ben Thompson, Stephen Browne, Kris Hamilton and Michael Browne upfront, they carry a constant goal scoring threat.

Admission is £5 to both games.

Best of luck to all sides involved